Do I Stay Christian?

A Guide for the Doubters, the Disappointed, and the Disillusioned

A 4 Week Exploration of Staying Christian

Video Guide to the Book

Brian & Tripp have recorded a 3 session video guide to Do I Stay Christian? for the individual to go at their own pace or use in a group.

Each Sunday night during the class we will have a live QnA session shaped by the community's questions, struggles, and puzzles.

a note from Brian

I remember the first time I considered the possibility that I might not stay Christian. I was somewhere around twelve years old, and I realized that my church (which I had been taught was the best, most "biblical" version of Christianity on earth) did not accept the theory of evolution. Since evolution made obvious sense to me -- especially after reading several literal six-day creation books that my parents gave me -- I thought, "OK. A few more years and I'll turn 18 and I'll be done with this religion for good."

Two things got in the way of my exit from church. First, a fellow a few years older than me invited me to a Bible study group where I met young Christians who thought that Christians could believe in evolution, read philosophy, and . Second, I had a powerful spiritual experience that made it harder for me to leave.

But even so, my spiritual life has been restless. I have struggled with Christian identity constantly. Perhaps people could sense this, which would explain why so many people have "come out" to me over the years as thinking about leaving Christian identity. Significant numbers of them have been clergy; when they work "behind the curtain," they see things that make it harder and harder to stay.

In 2021, my book "Faith After Doubt" came out. I synthesized the work of a number of researchers and theorists to present a four-stage model of spiritual growth: Simplicity (dualistic, oriented around authority figures), Complexity (pragmatic, oriented around accumulating knowledge and skills), Perplexity (skeptical, relativistic, oriented around critical thinking regarding one's own in-group), and Harmony (integrating previous stages in a compassionate understanding of human development). As I developed that four-stage model, I realized that most of the people who were leaving Christianity were entering Stage Three and Stage Four (Perplexity and Harmony). I hoped I could help them by addressing their situation in Do I Stay Christian?

Tripp Fuller and I have designed this four-week course to help you engage with the book in community with other participants. There will be a recorded presentation that we encourage you to watch before each Live Session. Your questions will frame the Live Sessions. You'll also have the opportunity to engage with other students on the Facebook group for this course. All the materials will be available online for at least a year, so if you miss a session, you can catch up asynchronously.

I know we'll have some fun along the way. (How can you not have fun when you're working with Tripp Fuller?) But I also know that struggles of religious identity are sensitive and touch the deepest part of us, so we'll proceed with all due seriousness and tenderness too, along with honesty and grace. I look forward to our conversations. 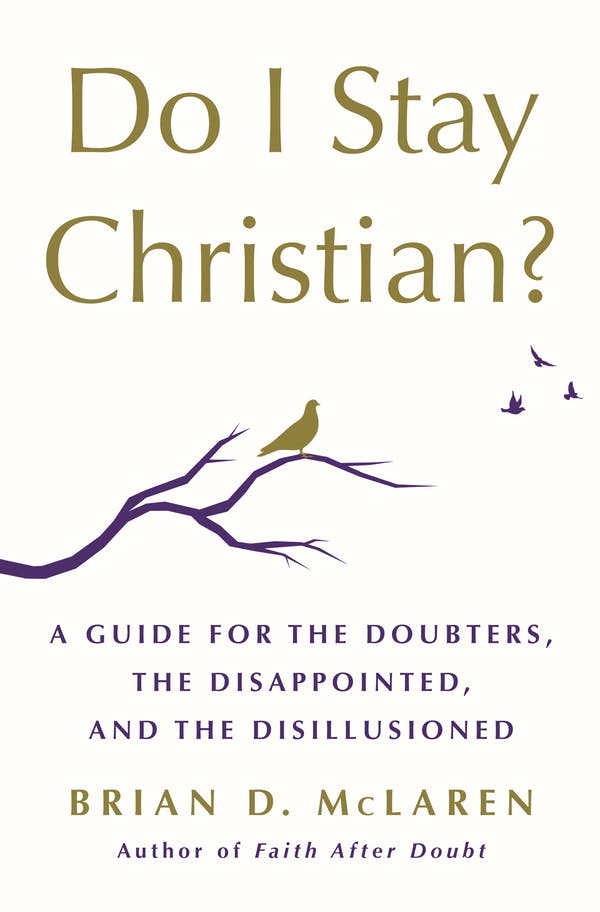 Our goal for this class is interactive engagement. We are excited to spend our four live sessions entirely shaped by the questions you send in as you read Do I Stay Christian. In order to make that time as enriching as possible, we developed two parts to class (other than the book of course).

1. Video Guide to Do I Stay Christian?

Brian and Tripp have already recorded and posted a three video series that walks through the book on the class resource page. Whenever you join this class, we invite you to use them as you read. You can watch them on your own, use them in a book/church group, or discuss them in the class Facebook group. We hope they provoke conversation and generate some important questions for the other main element of the class...

Each Sunday night, we will have a live stream centering on and shaped by your questions. Participants will have multiple ways and opportunities to send in questions for the discussions. We are hoping the timing will work for both individuals and book/church groups. Whether or not you join live, the audio and video of each session will be available on the resource page.

Brian D. McLaren is an author, speaker, activist, and public theologian. A former college English teacher and pastor, he is a passionate advocate for “a new kind of Christianity” – just, generous, and working with people of all faiths for the common good. He is a faculty member of  The Living School and podcaster with Learning How to See, which are part of the Center for Action and Contemplation. He is also an Auburn Senior Fellow and works closely with the Wild Goose Festival, the Fair Food Program, Vote Common Good, and Progressive Christianity. His recent projects include an illustrated children’s book (for all ages) called Cory and the Seventh Story and The Galapagos Islands: A Spiritual Journey, and Faith After Doubt. His newest book is Do I Stay Christian? and we are going to read it together.

Dr. Fuller is a Postdoctoral Research Fellow in Theology & Science at the University of Edinburgh. He recently released Divine Self-Investment: a Constructive Open and Relational Christology, the first book in the Studies in Open and Relational Theology series. For over 14 years Tripp has been doing the Homebrewed Christianity podcast (think on-demand internet radio) where he interviews different scholars about their work so you can get nerdy in traffic, on the treadmill, or doing the dishes. Last year it had over 4 million downloads. It also inspired a book series with Fortress Press called the Homebrewed Christianity Guides to... topics like God, Jesus, Spirit, Church History, etc. Tripp is a very committed and (some of his friends think overly ) engaged Lakers fan and takes Star Wars and Lord of the Rings very seriously.

Brian just launched the third season of his podcast Learning How to See. This season is informed by Do I Stay Christian?,  and will challenge listeners to relearn how they see Christianity by embracing exploration over-explanation and dialogue over dogma. 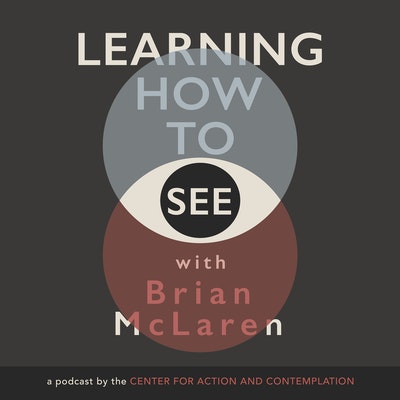 When does the class meet?

The class is asynchronous and you can participate fully without being present at any specific time. The weekly streaming session will take place on Sundays at 7pm ET starting 9/11/22.

The complete class content collection will be available on the password-protected resource page. The downloadable audio and video of each session will be uploaded there and available for at least a year.

The email you enter when signing up will receive an email from tripp[at]homebrewedchristianity[dot]com. The email will include access to the resource page, details on how to join the class Facebook group, and more.

No. Facebook is not required to participate, but an additional way to connect with other class members and interact throughout the class.