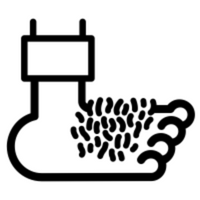 Tripp & Jason will facilitate our feature sessions that include a visit from a Tolkien scholar, conversation, and QnA as we hang out in Middle-earth 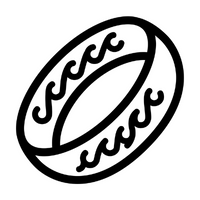 Each week we will have a special lecture from a leading Tolkien scholar introducing the week's theme. 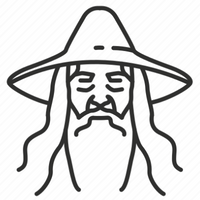 The Man, the Mythology

Tolkien Heads is a class for those who want to go deeper into Middle-earth, but don't know where to start. In this class you'll be accompanied by fellow Tolkien heads and guided by Tolkien experts like John Garth and Flemming Rutledge to help you "keep your feet" on your journey down the Tolkien Road. Everything from Tolkien's life, creation of Middle-earth, and faith will be covered, so you can increase your nerd street cred and follow the unending trail of Tolkien goodness. Plus, who doesn't want to nerd out during the new show Rings of Power!

Jason Micheli peppers the Christian faith with enough cynicism, sarcastic wit, and fart jokes to amuse even the most skeptical Gen-Xer while wearing enough pressed polo shirts to reassure their parents. The author of Cancer is Funny and Living in Sin, Jason has been a United Methodist pastor since 2001 and a member of the Hauerwas Mafia for even longer. His podcast, Crackers and Grape Juice, is like Christian NPR but with even more white people. As would be expected of any graduate of UVA and Princeton, the only person Jason admires more than the Messiah is Jason. In spite of the fact he taught himself Elvish as a middle school student, Jason is happily married to his school sweetheart, Ali.

Tripp just moved back to North Carolina after three years as a Postdoctoral Research Fellow in Theology & Science at the University of Edinburgh. He recently released Divine Self-Investment: a Constructive Open and Relational Christology, the first book in the Studies in Open and Relational Theology series. For over 14 years Tripp has been doing the Homebrewed Christianity podcast (think on-demand internet radio) where he interviews different scholars about their work so you can get nerdy in traffic, on the treadmill, or doing the dishes. Last year it had over 4 million downloads. It also inspired a book series with Fortress Press called the Homebrewed Christianity Guides to... topics like God, Jesus, Spirit, Church History, etc. Tripp is a very committed and (some of his friends think overly ) engaged Lakers fan and takes Star Wars and Lord of the Rings very seriously.

Each week we will have a lecture from a noted Tolkien scholar. Not only will you get access to the lecture to work through at your own pace, but each scholar will be joining us for a live stream session and QnA. It is hard to exaggerate how excited I am to learn from these Tolkien Heads!

Dr. Stephen Yandell is an English faculty member at Xavier University in Cincinnati, Ohio and teaches courses regularly on J.R.R. Tolkien and medieval literature. His earliest Tolkien research, “‘A Pattern Which Our Nature Cries Out For’: the Medieval Tradition of the Ordered Four in the Fiction of J.R.R. Tolkien,” appears in the 1992 Proceedings of the J. R. R. Tolkien Centenary Conference, Keble College, Oxford, and more recent work is included in The J. R. R. Tolkien Encyclopedia and Tolkien and Alterity. His research interests include medieval prophecy (he is co-editor of Prophet Margins: The Medieval Vatic Impulse and Social Stability), Middle Welsh literature (his translation of Math, Son of Mathonwy appears in Medieval Literature for Children), and medievalism (with chapters appearing in The Disney Middle Ages and Mass Market Medieval). His work also extends to other Inklings, most notably C. S. Lewis, with research included in C. S. Lewis: Life, Works, and Legacy and C. S. Lewis, Views from Wake Forest. He currently serves as Director of the University Scholars Program.

Writer, editor and researcher John Garth is well known for his ongoing work on J.R.R. Tolkien’s life and creativity, and was awarded the Tolkien Society’s Outstanding Contribution Award in 2017.

His first book, Tolkien and the Great War (2003), won the Mythopoeic Scholarship Award, for which his second, Tolkien at Exeter College, was a nominee. His latest publication is  The Worlds of JRR Tolkien: The Places that Inspired Middle-earth (Princeton University Press; Frances Lincoln). A further book, examining Tolkien’s creative life as a response to the crises of his times, was begun while a Fellow of the Black Mountain Institute, Nevada, and is still in progress.

Other publications include chapters in the  Blackwell Companion to J.R.R. Tolkien; in Catherine McIlwaine’s Bodleian Library exhibition book Tolkien: Maker of Middle-earth; and in a forthcoming volume in memory of Christopher Tolkien.

Garth has spoken on Tolkien to specialist and general audiences in the US and across Europe, as well as on television and other news media. He has taught courses on Tolkien, and sometimes C.S. Lewis too, for Oxford University, the University of Nevada in Las Vegas, and Signum University.

After reading English at St Anne’s College, Oxford, Garth worked for the London Evening Standard for many years. Besides his work on Tolkien, he writes and edits more generally, both in print and online.

Rev. Tom Emanuel (he/him/his) was born and raised on sacred Lakota land in the Paha Sapa (Black Hills) of South Dakota, which is where his father first read The Hobbit aloud to him when he was too young to remember it. Tom was trained as a social scientist at the University of South Dakota and as a theologian at the Pacific School of Religion in Berkeley, CA. He is an ordained minister in the United Church of Christ and, beginning in Fall 2022, a doctoral student at the University of Glasgow where his research will focus on J.R.R. Tolkien's The Lord of the Rings, fandom, and post-Christian spiritual community. When he's not reading Tolkien aloud to his two small children, Tom can usually be found hiking, singing, or working away at a fantasy novel of his own.

Christopher Vaccaro is Senior Lecturer at the Universty of Vermont where he has been teaching English since 1999.  Earning his Ph.D. from the City University of New York in 2003, he has been teaching a variety of courses for the English Department and the Gender, Sexuality, and Women’s Studies Program. Some of his courses include British Literature Survey, Introduction to Old English, Beowulf, Queers of Color, Women of the Middle Ages, Tolkien’s Middle-earth, Tolkien’s The Hobbit, Queering the Middle Ages, History of the English Language, and Written Expression.

Professor Vaccaro has been organizing events at UVM for almost as long as he has been here. He began the Tolkien at UVM conference in 2004 and has been running the conference and bringing important scholars in the field to UVM every year since then.

Publications include two edited collections on Tolkien, The Body in Tolkien’s Legendarium (McFarland Press, 2013) and Tolkien and Alterity (Palgrave, 2017) with essays included in those volumes, and essays published on Tolkien. He is currently working on a monograph exploring the intersection of pleasure, same-sex love, and death in Beowulf and lesser known Old English texts. In addition, he has been asked to co-edit a collection on Queer Tolkien and has tentatively agreed to edit a collection for Brill’s Exploration of the Middle Ages series titled Painful Pleasures: Sadomasochism in Medieval Culture.

Fleming Rutledge, having spent twenty-two years in parish ministry, now has an international preaching vocation. She is a long time Tolkien lover and author of The Battle for Middle-earth: Tolkien’s Divine Design in The Lord of the Rings Her three sermon collections, The Bible and The New York Times, Help My Unbelief, and The Undoing of Death have met with wide acclaim across denominational lines. Her most recent books are The Crucifixion: Understanding the Death of Jesus Christ and Advent: The Once and Future Coming of Jesus Christ. Mrs. Rutledge served as interim rector of St. John’s, Salisbury, Connecticut (1996–97), and has twice been a resident Fellow at the Center of Theological Inquiry in Princeton.

Mrs. Rutledge is widely recognized in the United States, in Canada,
and in the UK not only as a preacher and lecturer, but also as one who teaches other preachers. Her particular expertise is the intersection of Biblical theology with contemporary culture, current events and politics, literature, music and art. She is invited to preach regularly in prominent pulpits such as the Duke University Chapel, Trinity Church in Boston, the National Cathedral, and the Harvard Memorial Chapel.

Nick received his B.A. in Religion at Trevecca Nazarene University, is currently a graduate student in Trevecca’s M.A. in Teaching program, and serves as Circulation Supervisor at Waggoner Library at Trevecca. He is also serving as the production editor for Mallorn, the academic journal of The Tolkien Society. His most recent research includes his essay entitled “Middle-earth in South Park: The Return of the Fellowship of the Ring to the Two Towers as Parody.” Other than Tolkien, his other loves include his wife Kelly, coffee, and punk. Nothing sounds better than starting the day reading a Tolkien book with a cup of coffee and ending it in a moshpit with loved ones.

When does the class meet?

The class is asynchronous and you can participate fully without being present at any specific time. The weekly streaming session will take place on Mondays at 8:00 pm ET.

The complete class content collection will be available on the password protected resource page. The downloadable audio and video of each session will be uploaded there and available for at least a year.

The email you enter when signing up will receive an email from tripp[at]homebrewedchristianity[dot]com. The email will include access to the resource page, details on how to join the class Facebook group, and more.

No. Facebook is not required to participate, but an additional way to connect with other class members and interact throughout the class.